No Borders: the first Italian documentary ever made in virtual reality shot in 360 degrees.

Actor Elio Germano, is both the narrator and interviewer. He explores the migrants’ crisis in Italy.
The film is set between Baobab center in Rome and the No Borders camp in Ventimiglia, a border city now symbol of the emergency of migrants. Virtual reality allows the spectator to dive into the scene, exploring it. In No Borders, you can experience spaces, moments of the day, stories and testimonials involving volunteers. Virtual Reality brings the audience into a slice of life, that is becoming, every day more, ours.
No Borders has been awarded the MigrArti Prize of MiBACT at Venice Biennale and Nastro D’Argento Special Mention in 2017. 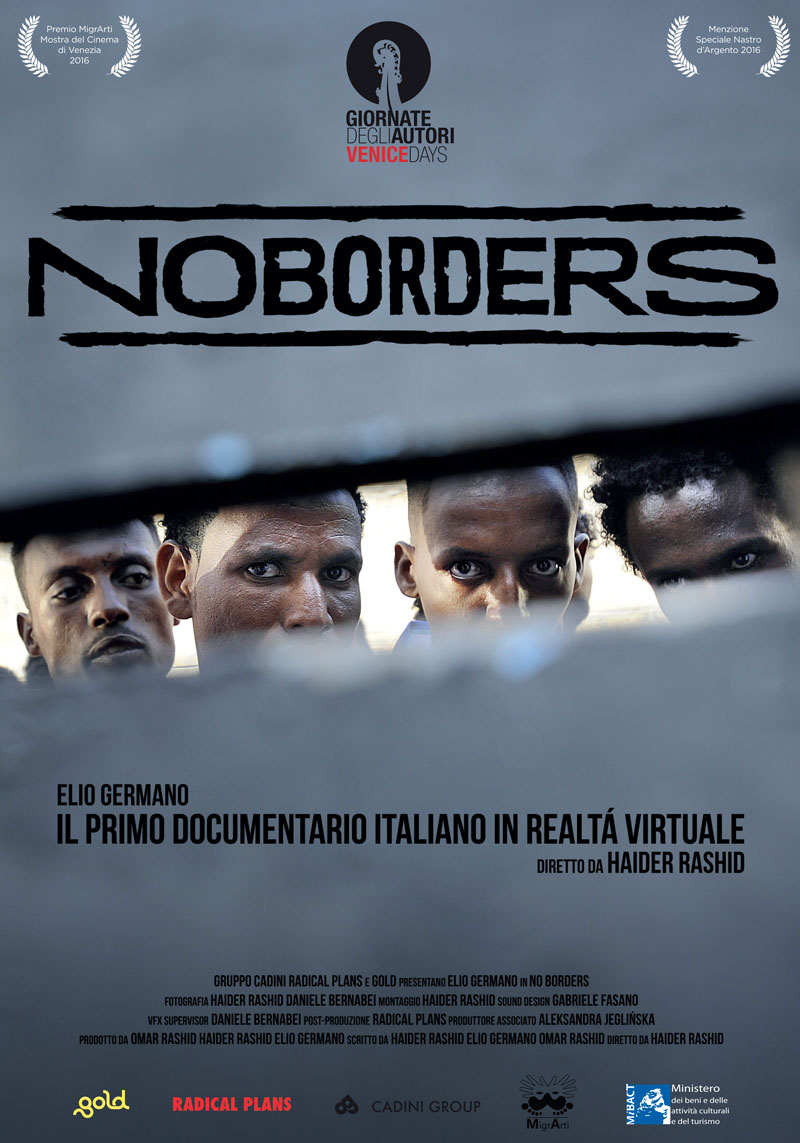