A’ Verità -The Truth 2.0, supplementary to the eponymous repack album by Rocco Hunt. Produced when the young Neapolitan rapper was awarded his first Disco D’Oro.
The documentary looks at the objectives realized by Rocco Hunt related to the music disc and the resulting live performances.
A’ Verità –The Truth was released in 2014, after the track Nu Juorno Buono – A good day won Hunt the Sanremo Giovani competition in the same year. 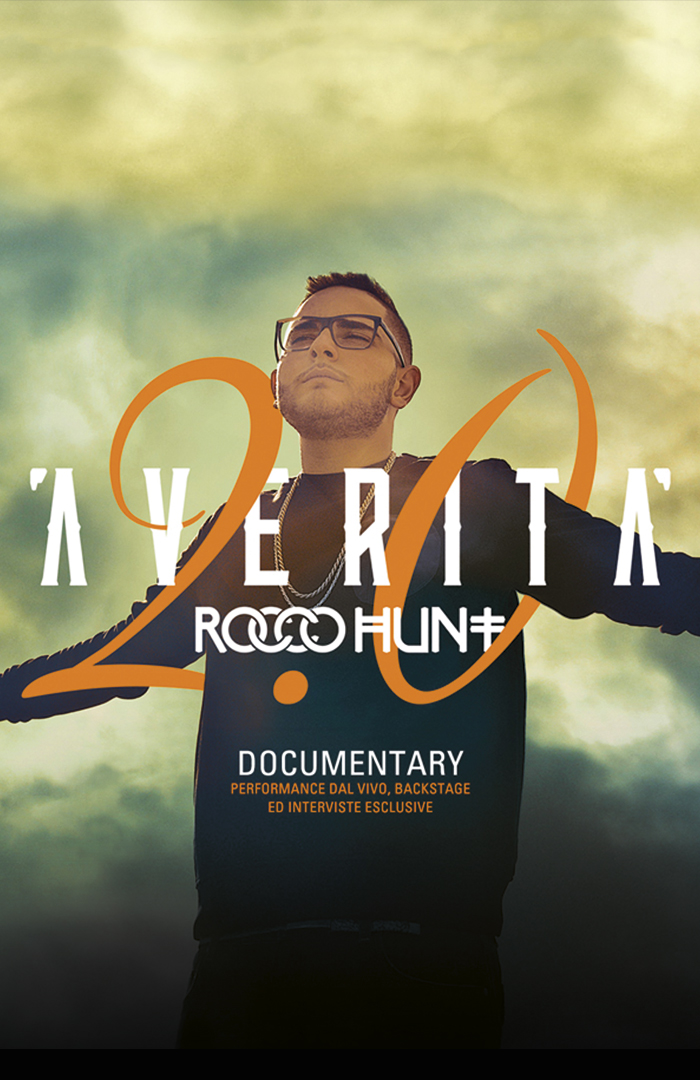